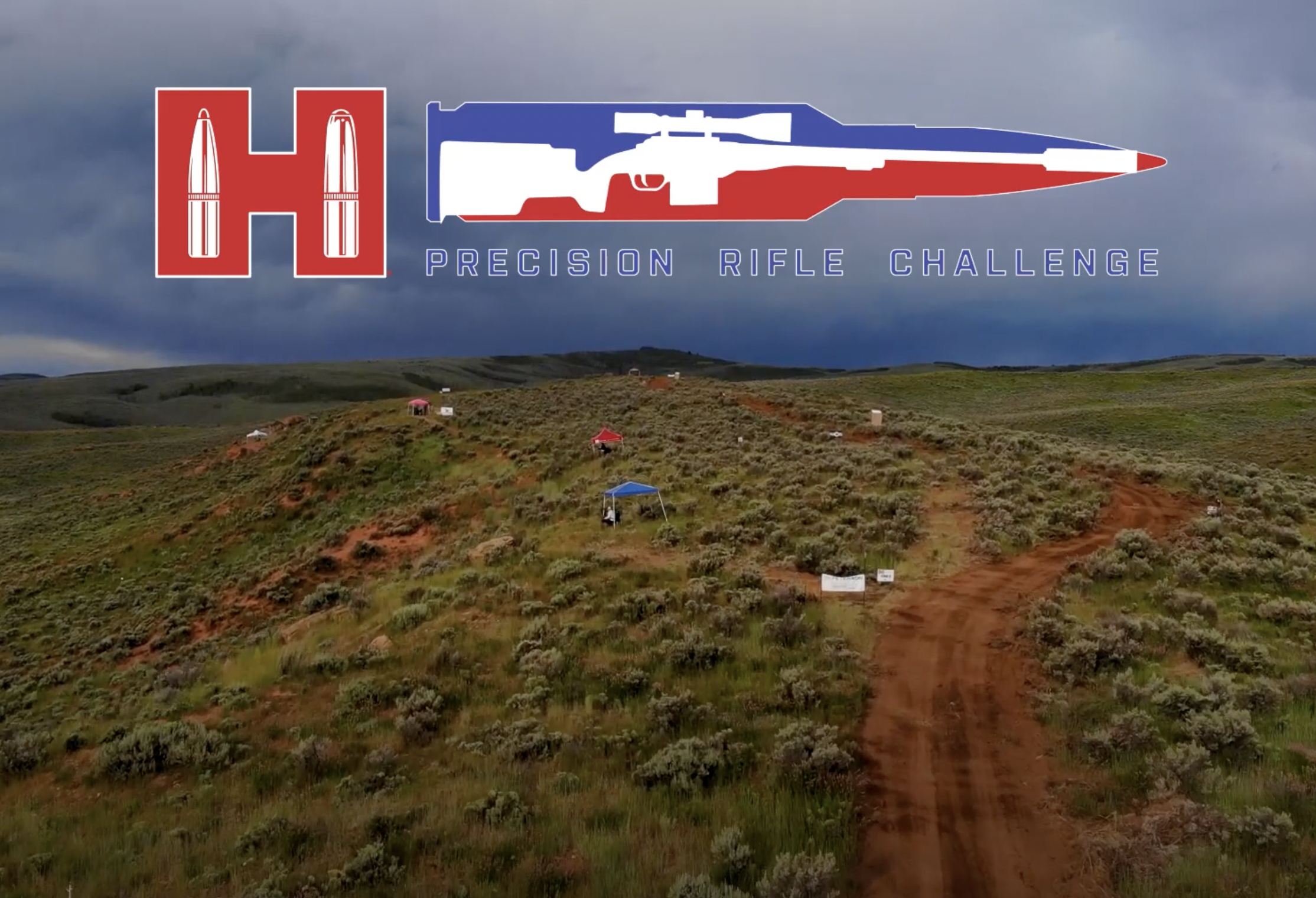 Preparing to shoot the Precision Rifle Series (PRS) Hornady Precision Rifle Challenge (PRC) Match is not a light matter. The Hornady PRC match, held on Hornady’s 250,000-acre private property near Evanston, WY, is the second annual public shooting event held at this location. This competition is a two-day national-level match. It includes the top 25 to 50 shooters in the country. Shooting alongside these highly skilled marksmen is an honor.

I decided to shoot the Hornady PRC match in production class this year because it gives me a chance to use the new Ruger Precision Custom Shop Rifle in the field.

The PRS Production Division encourages growth in the shooting community by allowing shooters without custom equipment the opportunity to compete in PRS events without being disadvantaged.

Shooters in this division have limits on the original cost of their rifle and optic. However, any other equipment mounted or added to the gun, which doesn’t significantly increase accuracy aren’t regulated.

The Production Division restrictions include a rifle MSRP of or under $2,500, use of a factory barrel and trigger, and an optic that is currently valued at or was valued at less than $2,500 at the time of purchase.

Choosing a Rifle: Choosing the Custom Shop Over the Standard RPR

My production class rifle was a simple choice because Anarchy Outdoors is the one-stop shop for all things Ruger Precision Rifle related. Using Ruger for my production class rifle allows for cross-marketing and content creation. However, there are also a couple of crucial reasons why I selected the custom shop RPR rifle over the standard RPR.

First off, let’s talk caliber selection. Standard RPRs come in 6.5 Creedmoor or .308 Winchester. PRS competitors have been moving away from 6.5’s and 6mm’s because the recoil is more manageable, and they have decreased wind drift and bullet drop.

The custom shop RPR only is only available in 6mm Creedmoor. Since I already shoot 6mm Creedmoor in my custom match rifle, it made the Custom Shop RPR a more natural transition.

The next thing that drew me to the Custom Shop was the barrel. The Custom Shop has a heavy-weight contour barrel with a .850” diameter and 26” barrel length. While the Standard RPR has a .75” diameter and 24” barrel length. The Custom Shop combination of a heavier and longer barrel generates more speed and slower barrel heating. Plus, PRS shooters generally want a heavy well-balanced rifle to reduce recoil and aid shot observation, increasing shot consistency and accuracy.

The last reason why I chose the Custom Shop RPR is the built-in Arca rail incorporated in the hand guard. The built-in Arca rail allows the shooter to run a wide variety of Arca-Swiss attachments from plates to bipods, giving an edge over more traditional methods of attaching bipods to rifles.

Choosing an Optic for My Production Division Rifle

When choosing an optic, I decided on the Leupold Mark 5HD™ 5-25x56mm. This scope has an MSRP of $2,099.99, putting it within the required pricing restriction of the Production Division. However, a lower price point does not mean the machinery is low-quality.

Because of the 5-25x magnification, this scope can easily handle mid and long-distance shots. Its three revolutions of elevation adjustment and multiple reticle options allow the shooter to clearly see past the capability of the latest long-range rifles.

Poor lighting or glare can make even the easiest of targets almost impossible to hit. The glare reduction technology in the Leupold Mark 5HD allows shooters to see their target even when direct light hits the scope.

Other Noteworthy Features of the Leupold Mark 5HD

Aside from the magnification and light transmission of the Leupold Mark 5HD, this scope is also waterproof, fog proof, and shockproof. It also has a zerostop and zerolock dial with adjustments to prevent accidental scope adjustments.

Mounting the Scope with the M-Brace

To mount the scope, I chose to use the M-Brace scope mount by American Rifle Company. The M-Brace has a recoil-proof grip that won’t scratch the scope or rifle. This mount also comes with a bubble level and a mounting screw.

After Market Upgrades for the Custom Shop Ruger Precision Rifle

If the aftermarket upgrades don’t significantly improve the accuracy of the rifle, you can add pretty much anything you want. That said, there were several Anarchy Outdoors aftermarket products that made it onto this gun.

Anarchy Outdoors has custom-fitted cheekpiece pads for a wide variety of guns. This closed-cell foam looks good on the rifle and adds a padded layer between the shooter and their face when taking shots.

The Anarchy Outdoors titanium bolt shroud for the Ruger Precision Rifle balances the bolt weight, reducing binding by increasing the throw and speed of the cycled shot.

The Anarchy Outdoors Ruger Bolt Handle has a nice curve to it, making it easy to grasp. This bolt handle is made from 416 Stainless Steel with an optional black nitride finish.

Anarchy Outdoors has a wide selection of bolt knobs. My personal favorite is the Little Bertha. It’s 1.495” long with a 0.803” diameter, which is slightly smaller than the 1.753” length and 0.945” diameter of the Big Bertha. It’s a good fit for those that don’t like the feel of a large bolt knob. It also has an excellent grip, making it easy to maneuver.

While the M-Brace Mount comes with a level, it isn’t nearly as easy to use as an electronic level. Anarchy Outdoors carries the Send it Level by Long Range Arms. This level is calibrated to use 12 points to ensure precision. It’s also 3-5 seconds faster than a mechanical level and the colored lights make it easy to see that your rifle is level in your peripheral vision while lining up your target.

To increase bullet impact sightings, so I can accurately adjust without any extra movement, I added weights to the rifle forend with the Dependabilt SideTrak Weights. These weights add weight to the rifle as well as width and grip without blocking the built-in Arca rail, making it easy to add or detach a bipod as needed. You can also add Side Trak accessories or stack the weights.

The only upgrade on this rifle that isn’t sold or made by Anarchy Outdoors is one of the Holosun red dot sights. While Anarchy Outdoors does carry red dot sights, none of them are by this brand. Adding a red dot to your rig speeds up target acquisition. Just put the red dot on the target, and it will be in the scope. If you are making a short-distance shot, you can quickly find the target with the red dot and fire.

Final Thoughts Before Putting the Custom Shop RPR to the Test

After putting rounds through the rifle and practicing different positions and target distances, I am confident that this setup will do well. I’m excited to continue prepping for this match to see what this rifle can do.