Accurizing a Muzzleloader: Some Helpful Suggestions 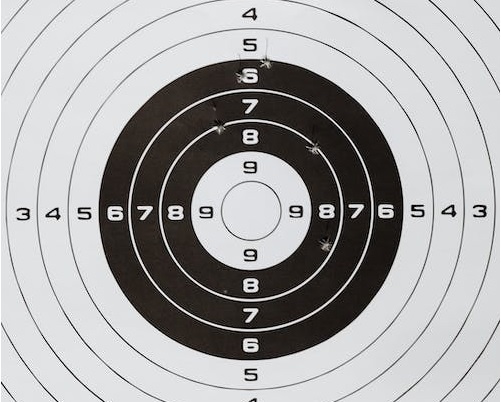 Just as there are steps you can take to accurize a breech-loading rifle, there are things you can do to improve the performance of your muzzleloader.

And, while it might not surprise you that breech-loading rifles firing spitzer bullets in front of precision load tolerances can be tack drivers, it can also be said that many modern muzzleloaders – even those shooting patched balls – can be quite accurate within 100 yards (and in some instances, far beyond).

The thing about muzzleloading is that there are a lot more moving parts (figuratively) than there are with modern, breech-loading arms firing self-contained, factory-loaded cartridges. When you take up black-powder shooting, every load is a handload, and every single step you take while loading can have a huge impact on accuracy.

So let’s consider some things you can do to tighten those groups.

Measure Your Charge to the Grain

If you’re new to black powder burning, then it might not be apparent to you yet, but trust us when we say this: the most seemingly insignificant variations in powder charges can have tangible, observable effects on accuracy. A consistent powder charge is probably the most important impactor of accuracy in muzzleloading.

There are some that will tell you not to weigh your powder charges because they are intended to be measured volumetrically. We say the opposite: because plastic measures and flask spouts allow for minor inconsistencies, what you should do is precisely measure each of your charges on a scale before loading. As much as a grain one way or the other can produce inconsistencies in accuracy.

Another tip: if you use pellets instead of powder, don’t handle them with your bare hands as they can absorb oil from your skin which can cause very slight delays in charge deflagration that can throw off accuracy.

Shoot Pointed Bullets Instead of Round Patched Balls

Traditionalists, we understand your gripes, but to be frank, pointed (spitzer) bullets are just more accurate, especially at extended ranges, than patched round balls.

Within 100 yards you can get a round ball, properly patched and fired with a precision charge, to be pretty accurate. But when your target is 200 or 300 yards away, the spin stability of a round ball will waver and the ball can yaw in flight.

Most importantly, many modern muzzleloaders, like the CVA Paramount, are made with 1:22 twist rates that are more suitable for pointed bullets than they are for round balls. In fact, it is commonplace for old-school sidelocks to have barrels with much less aggressive twist rates (1:48 and 1:66 are common).

These are much more suitable for round balls; the more aggressive twist rate is not. So if you’re shooting a round ball through a modern inline, reconsider.

If you shoot saboted or plastic-skirted bullets, be sure to inspect them individually before loading, and when pin-point accuracy is of the utmost importance, discard those that exhibit noticeable irregularities.

Specifically, inspect the plastic skirt at the rear of bullets which creates a gas seal when firing. During manufacturing, these are sometimes produced with minor variations that result in one side of the sabot or skirt being thicker than the other.

When fired, these can balloon or deform, which can create an irregularity in the bullet’s profile that throws a wrench in spin stability and causes oscillations in bullet flight.

Needless to say, this is not good when it comes to accurizing a muzzleloader.

Alternatively, you can forgo the sabot and shoot bullets that are produced with a copper skirt (like Thor bullets) in lieu of plastic.

Bullets like these (which are currently available in .50, though .45 cal bullets are forthcoming) are engineered for full-bore shooting that improves accuracy.

Whereas saboted bullets and patched balls are nominally narrower than the bore diameter, Thor bullets are the full width of the bore and create tighter gas seals upon firing, thanks to their copper skirts, which are, unsurprisingly, more mechanically and thermally stable than plastic sabots.

Consequently, they produce a better, more consistent gas seal behind the bullet, which translates to improved accuracy.

Finally, consider a muzzleloader muzzle brake to help with recoil management, which can also positively impact not only accuracy but also your overall shooting experience.

Recoil management can help with shooter fatigue, since some shooters aren’t used to the recoil produced by a muzzleloader, enabling you to spend more time at the range dedicated to dialing in your powder charges, groups, and of course the routine ritual that accompanies successful muzzleloading shooting.

Our muzzleloader muzzle brakes are also overbored slightly, which helps to prevent them from contacting any part of the bullet or sabot as it leaves the barrel, preventing inconsistencies in accuracy.

There are other benefits to using a muzzleloader muzzle brake, too. Ours are full-ported, which helps to dissipate the smoke much more quickly, so you can require your target and ascertain whether or not your shot connected.

For those that are used to shooting rimfire and centerfire rifles, transitioning over to the world of black powder burning can be a bit of a culture shock, especially if the reason is only to take advantage of a few more days afield thanks to more generous muzzleloader seasons.

All the same, if you put some of these tips into practice, you’ll probably notice improvements in your groups. It might take a little more commitment and attention to detail to shoot a muzzleloader with accuracy – but it can be done.